According to Wikipedia, Trancoso is famous for being the place where the 16th century poet and shoemaker António Gonçalves de Bandarra lived and made his prophetic texts. You know ol’ António, right? The only reason I mention it is because that’s about the only thing Wikipedia says about Trancoso.

Despite that, we enjoyed the town and castle. The town was quaint, and bigger than some of the small villages we’d been to. As usual, we had pretty much the run of the castle to ourselves, and came away with a slew of pictures.

This is one of the main drags. Not the guy in the picture, he never poses in drag. Publicly anyway.

The castle was mostly grass and walls. In the old days, that area would have been filled with wooden structures and smelly people. Now there’s only one. Wooden structure, I mean.

One of the reasons we love castles is because they’re almost always built on top of hills, where we can gaze over the landscape and be on the lookout for invading Mexicans. Oh, wait, that’s only in the U.S.

Saaay… why doesn’t Trump just build a bunch of castles? After all, it worked for all these Europeans way back when! In fact they could charge admission and have it all paid for quicker than you can say, “I thought Mexico was supposed to pay for a wall!”

You’re always on your own when it comes to safety. You have to pay extra for guard rails, except you can’t pay anyone, and there are no portable guard rails. Just be sure to wear New Balance shoes.

Anyway, on to the slide show: 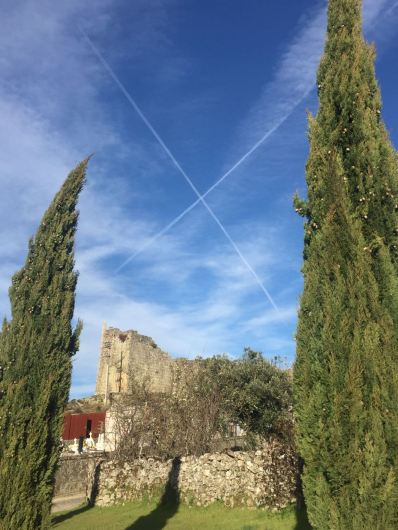 Most days we figured out where we were going to go the same morning, sometimes only after fighting over the phone and its map as we drove away from the hotel property while dodging pedestrians and going through roundabouts the wrong way.

“Watch out for that pedestrian!”

But one of those mornings we were given a sign from above, and so knew we had to follow where we were being led. After all, it isn’t every day there’s a big X in the sky telling you where to go. It wasn’t a star, and we aren’t kings, but hey, if X’s are good enough for pirates, they’re good enough for us.

Unfortunately, we never found any ancient treasure, although we did up in Sortelha. Back in 1900, Sortelha broke the 1,000 person population barrier, and so was obviously primed to become the next New York City. Unfortunately, the latest census now lists only 444 people. Doh! Based on graphing a trend line on the decline that started in 1960, Sortelha will be out of people in a couple of decades. With property values dropping accordingly, we’re going to bide our time and try and buy the castle pretty soon. 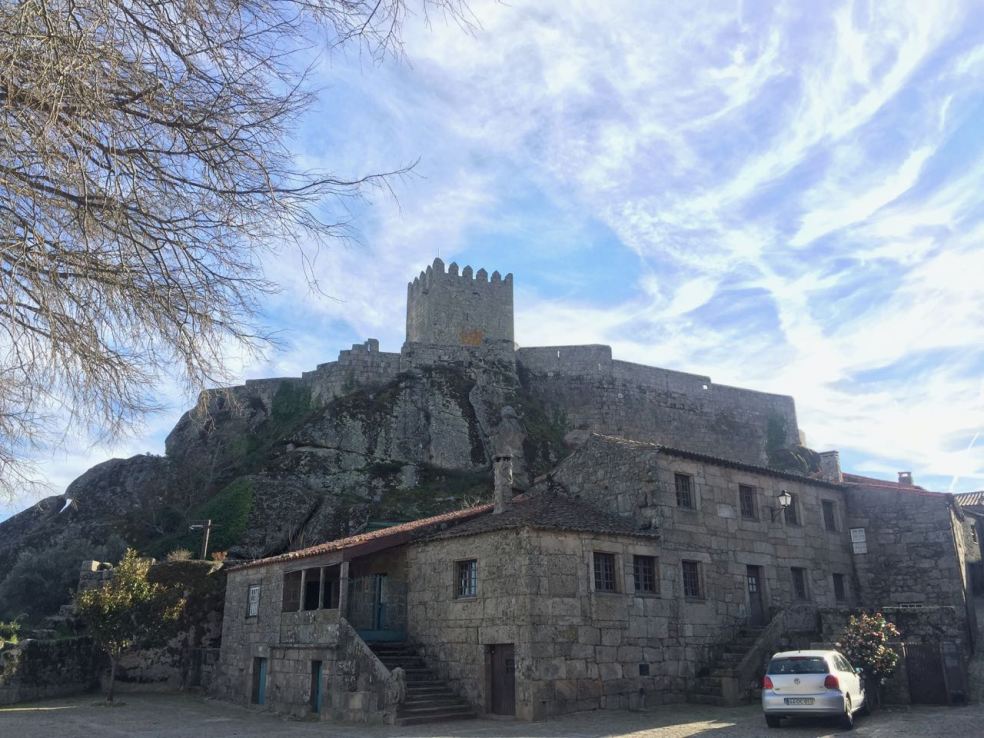 I mean, who wouldn’t want to come home to that?

Ok, so once again we’ll present all the photos in a slide show:

We decided to stop at the Prehistoric Rock-Art Site of the Côa Valley because it isn’t every day you get to see drawings from over 20,000 years ago. Which makes you wonder about how far we’ve advanced when today we can’t keep most of our own pictures much beyond a few decades without them either degrading or disappearing into the computer because they can no longer be seen by the latest operating system.

But, in the meantime, you can still see vistas like this until the internet is replaced by something else.

The prehistoric art in Côa Valley was discovered when they were building a dam. The whole project stopped so they could investigate the priceless art.

Which also means we still get to gaze at the beauty of the valley. 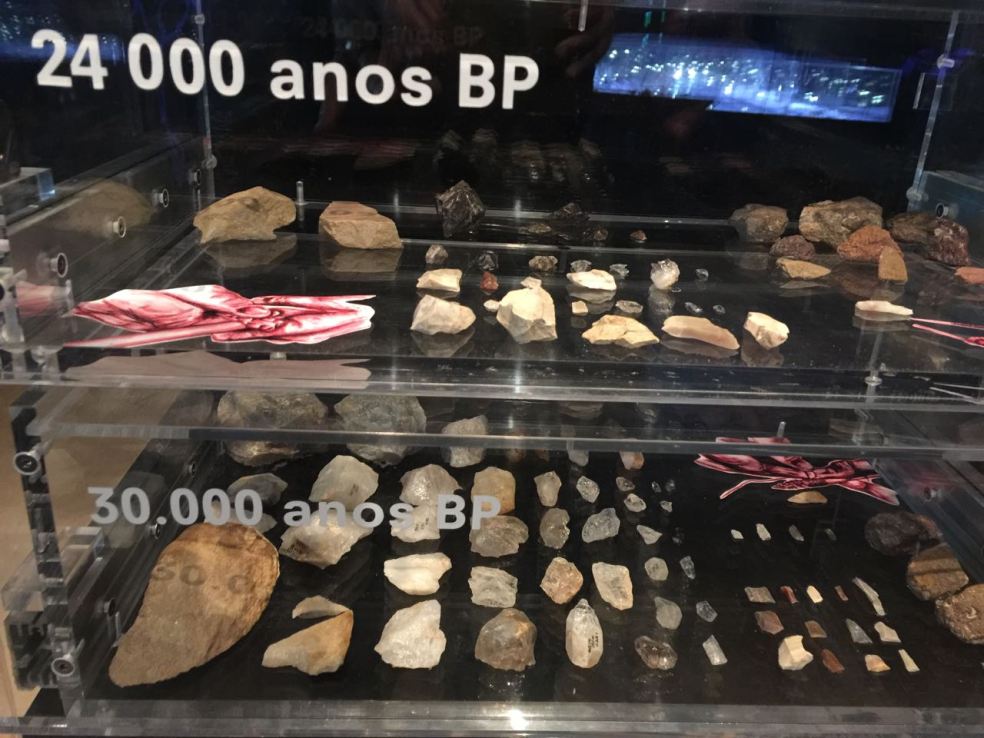 These are artifacts from 24,000 and 30,000 years ago. BP means “Before Present, ” and is a time scale used in archaeology. Since of course the “present” time changes (unless you’re dead, in which case you really don’t care much about any of this), the present in “BP” is generally assumed to be January 1st, 1950. That’s also the month that U.S. President Harry S. Truman ordered the development of the hydrogen bomb, which may or may not be a coincidence. It may also mean that in the future, “BP” will mean “Before Pulverization.”

In any case, this is what little Johnny Caveman doodled while his teacher was droning on about how to kill antelopes or drag girls by their hair some such. Little did he know he’d be famous 20,000 years later.

Johnny Caveman’s sister apparently tried to one-up him by drawing a picture of their pet ox. I think she has it farting.

There was a large and modern museum where we learned all sorts of stuff about what these drawings probably meant, and how they cleverly depicted movement and things like that. Since we arrived late because, as usual, we had no plan or idea as to what we were doing, we didn’t get to take a tour down into the valley to see the actual drawings. So after we left I stopped off the side of the road and etched my own drawings into some rocks, giggling all the while at how confused archeologists will be 1,000 years from now since of course we will never otherwise find ancient cave art of a dinosaur.