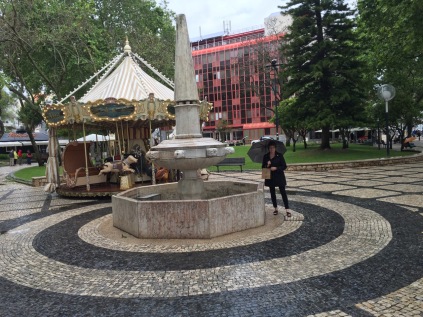 Yes, the rumors are true. Carolyn and Kevin are retiring to Portugal this Fall.

Even less than a year ago, retirement was about the last thing on our minds. We both enjoy what we do, and at 57 and 55, we’re a little younger than most to even consider retiring.

But we both believe in the philosophy of living life to the fullest, experiencing all that we can, that life is short, and that we only get one shot at it. We also love the saying, “if your dreams don’t scare you, then they’re not big enough.”

Armed with these beliefs –as well as getting a taste of traveling around Europe– cemented our plans.

We have been asked, “Why Portugal?” 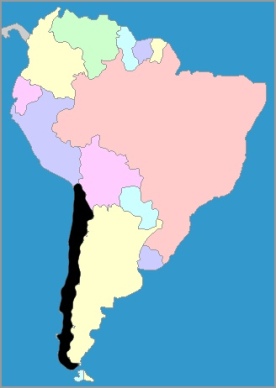 As you can see by looking at a map, Portugal is a perpendicular country that borders the ocean. It has a pleasant climate, with average temperatures that range from the low 80’s in the summer to the low 60’s in the winter.

The cost of living is among the lowest in developed countries, ranking 56th in the world, right below Iraq, believe it or not. The top three? Bermuda, Switzerland, and the Bahamas. The cheapest? India, surprisingly.

Since Bermuda and the Bahamas were, as a result, out of the question, and we’re not much interested in living in India, we looked for another place that was on the ocean and also gave us easy access to traveling around Europe, which is the Main Thing We want to Do in Retirement.

And if you happened to notice that the map on the right is South America, congratulations. We’ve been asked more than once if Portugal is in South America. No, it is in Europe. The black country there is actually Chile, and if you read the text above closely, you’ll see that I never said that the map to the right had anything to do with the story. Thank you John Oliver. And if you don’t get that reference, that’s okay.

Anyway, as you can see on the Political Map of Europe below, Portugal is that little yellow country off to the left of Spain. If the Spanish had a mindset more similar to the United States, Portugal would already be the California of Spain, but somehow this little country carved itself a

small portion of the Iberian Peninsula (the word “Iberia” originated from the ancient Greeks, and is rumored to mean “definitely not South America”), and sits there quietly, largely being ignored whenever people think of Europe, which is exactly why we thought it would make a great place in which to retire.

When we approached Retirement, we were initially told, “Are you crazy? You’re not old enough! You don’t have enough money! By the time you get to Social Security some war that Trump started will have gutted all the benefits! Now get back to work!” So we went and killed the witch and grabbed her broom and walked back down the yellow brick road, and again approached Retirement. This time he said, “Fine, go off to someplace like Portugal, where no one ever hears from people again. Now quit bugging me. I’m watching The Price is Right and I think this lady just bid way too high.”

The truth is that you need something to do in retirement. You can only watch so many episodes of The Price is Right before your brain turns to mush and you start telling other potential retirees to go find a witch’s broom. Both of us like to travel. I’m personally the kind of guy who will look at a stretch of beach that curves around in the distance, stricken with curiosity as to what’s on the other side of the bend, even though it almost always is just more beach that looks the same as the beach I just came from.

Aside from that, Portugal has some terrific programs for people who are willing to invest a little money in their country and stay for a while. In doing so, we can qualify for a Portuguese passport and eventually for things like their health care services. Europe is miles ahead of the US in overall health care, and with all the turmoil in the world nowadays, it’ll be kinda nice to have a foot in both places. If Europe goes to hell in a hand basket, we’re still Americans. If the US does, we’ll have some roots in Europe.

You might consider hitting the link to follow this blog as we make our way over there, because we’ll be posting on all the interesting things we’re planning to see and do, but it’ll be more sporadic.

We won’t be strangers and we’ll very likely be back to the US after we’ve exhausted everything we can do (or are just exhausted). And of course we’ll love seeing any friend or family if you can make it to Portugal; we will be sure to find a place to live in that can accommodate visitors.

Part of our plan is to learn Portuguese as quickly as we can; it’s a tough language to learn, but that’s also one more thing to do in retirement. By the time you get there, we’ll be able to be first class tour guides!