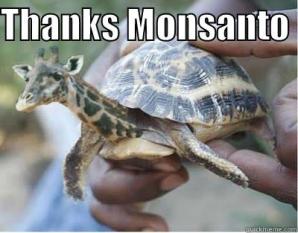 Monsanto is a name that, for some, conjures up the horrors of genetic engineering, bullying corporate practices, and poisons that can melt your skin clean off. That company is now owned by Bayer, which means they can sell you a pain reliever to take care of the pain they just caused. Aren’t huge corporations wonderful?

However, in Portugal, Monsanto is a small village, and it’s so cute it’s known as “the most Portuguese village of Portugal.” There are less than 1,000 inhabitants in the entire parish.

In the 12th century, King Afonso I of Portugal took Monsanto back from the Moors. Unfortunately, the medieval castle was largely destroyed in the nineteenth century because of an explosion in the ammunition depot of the castle. Fortunately there’s enough left to make the steep hike above the village plenty rewarding, including of course some awesome views of the countryside. 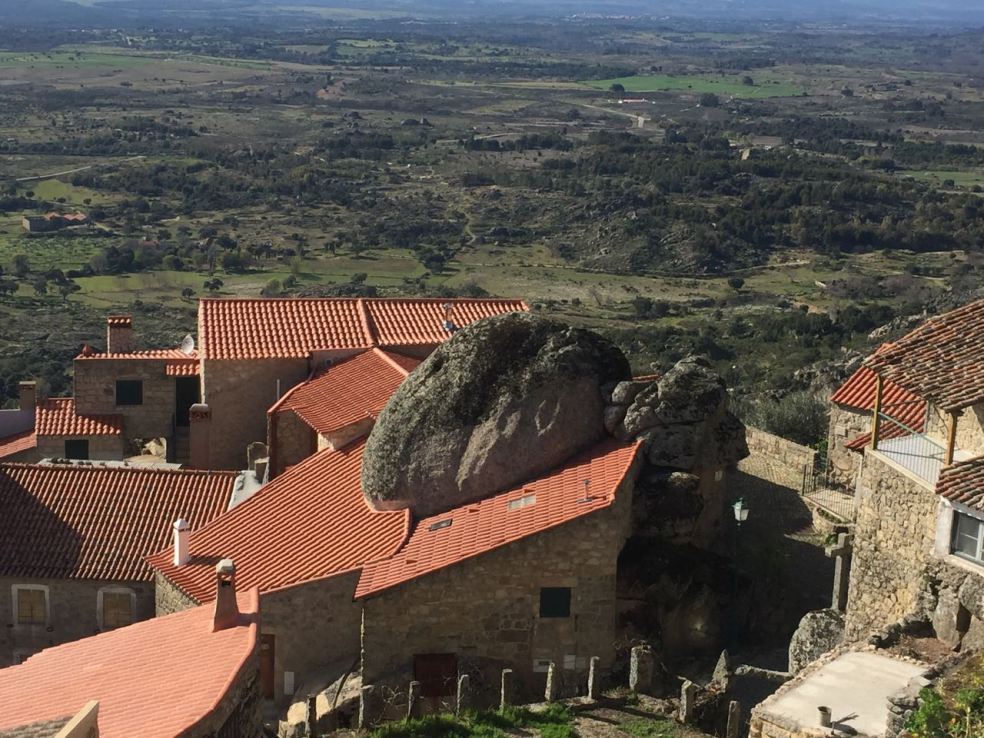 Granite abounds in the area, and some of the rocks are absolutely gigantic. They are so prevalent that some of the houses were built right around large boulders, as you can see here. Clearly, this house rocks!

The Portuguese are honest to a fault, even when it comes to their marketing. In this case, this was the sign on the outside of a little bar in the village. I decided not to try it because, well, I just don’t like the taste of shit, even if there’s alcohol involved. Unless I’ve already had a bunch of alcohol, then of course I’ll try anything and even think it tastes good, even if it’s that shit, or anything shitty. Except for actual shit. That’s always gross.

But the little village was anything but gross. It features narrow cobblestone alleys bordered by medieval homes, with the imposing walls of the castle above still keeping watch over 1,000 years later.

We took a ton of pictures but culled them down to only the ones that would be award-winning… if I was the judge and our pictures were the only ones in the contest anyway. It is a cool place, this slide show is as worthwhile as any of our slide shows.

Belmonte is a castle we stopped by after we were somewhere else and saw on a map it was only about 20 minutes away. Unfortunately, by the time we got there, the inside was closed. Still, it didn’t look like we missed much compared to some of the other castles we saw, so we settled for a few photos and made our way back to our hotel.

The first historical information about Belmonte dates once again back to King Afonso I (1112-1185). He got around! Belmonte is also the birthplace of Pedro Álvares Cabral, the navigator who discovered Brazil. So I guess he’s like the Christopher Columbus of Brazil. I wonder if he was a big jerk too?

We really liked the Castle of Montemor-o-Velho. It predates the very existence of Portugal –which has the world’s oldest set of borders– but it is well-preserved with nice grounds… and virtually no one there but us. 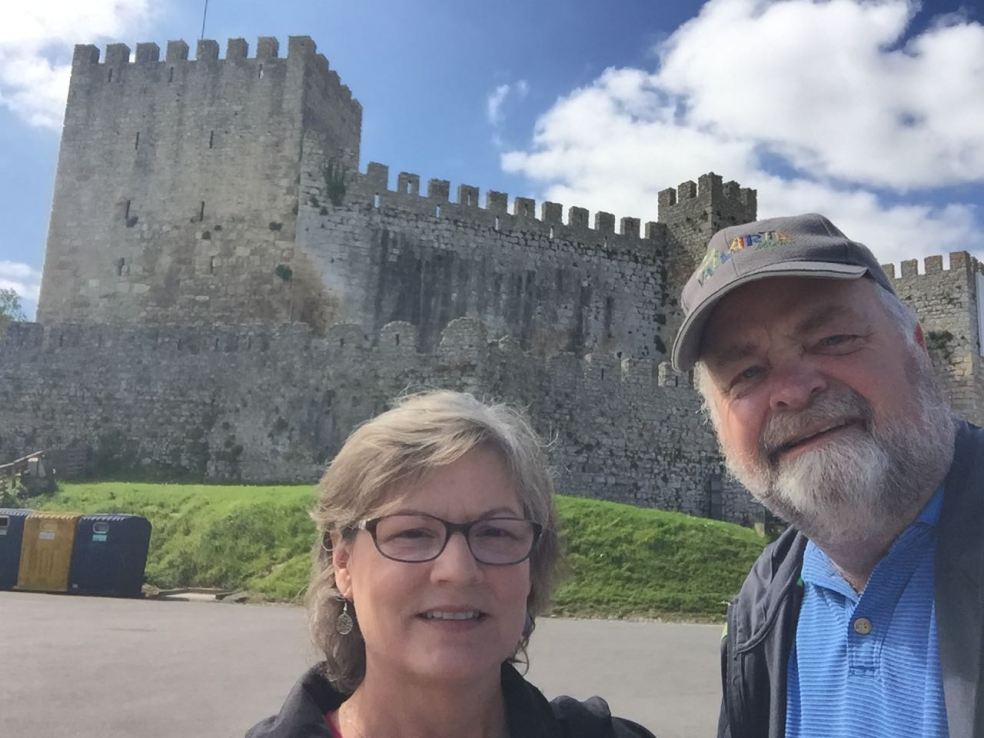 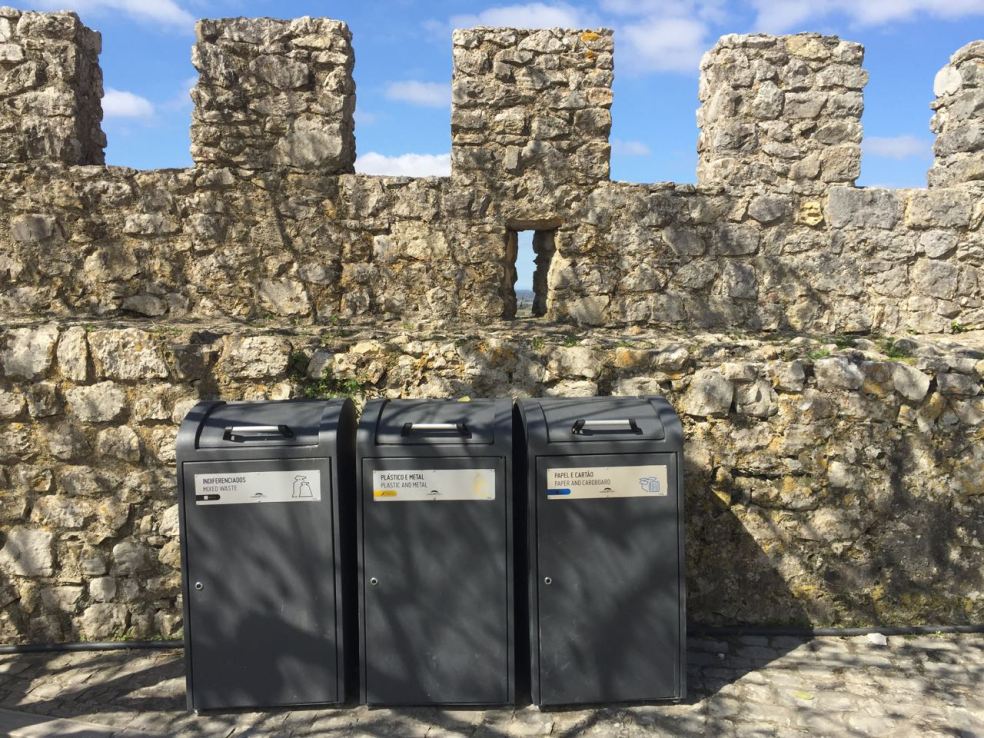 It’s a little known fact that the ancient Portuguese invented recycling, and here’s the proof. I promise I didn’t Photoshop those in. They literally had recycling bins in an ancient castle. Who knew?

They were even kind enough to put English translations on them, because Portugal is literally England’s oldest ally. The friendship between England and Portugal goes back to 1147 when English crusaders helped King Alfonso I capture Lisbon from the Muslims. In gratitude, the Portuguese addicted the English to tea. Today, the Portuguese don’t drink it much anymore because it’s, you know, kind of wimpy. Although not nearly as wimpy as ordering a “Double Ristretto Venti Half-Soy Nonfat Decaf Organic Chocolate Brownie Iced Vanilla Double-Shot Gingerbread Frappuccino Extra Hot With Foam Whipped Cream Upside Down Double Blended, One Sweet’N Low and One Nutrasweet, and Ice” from Starbucks. 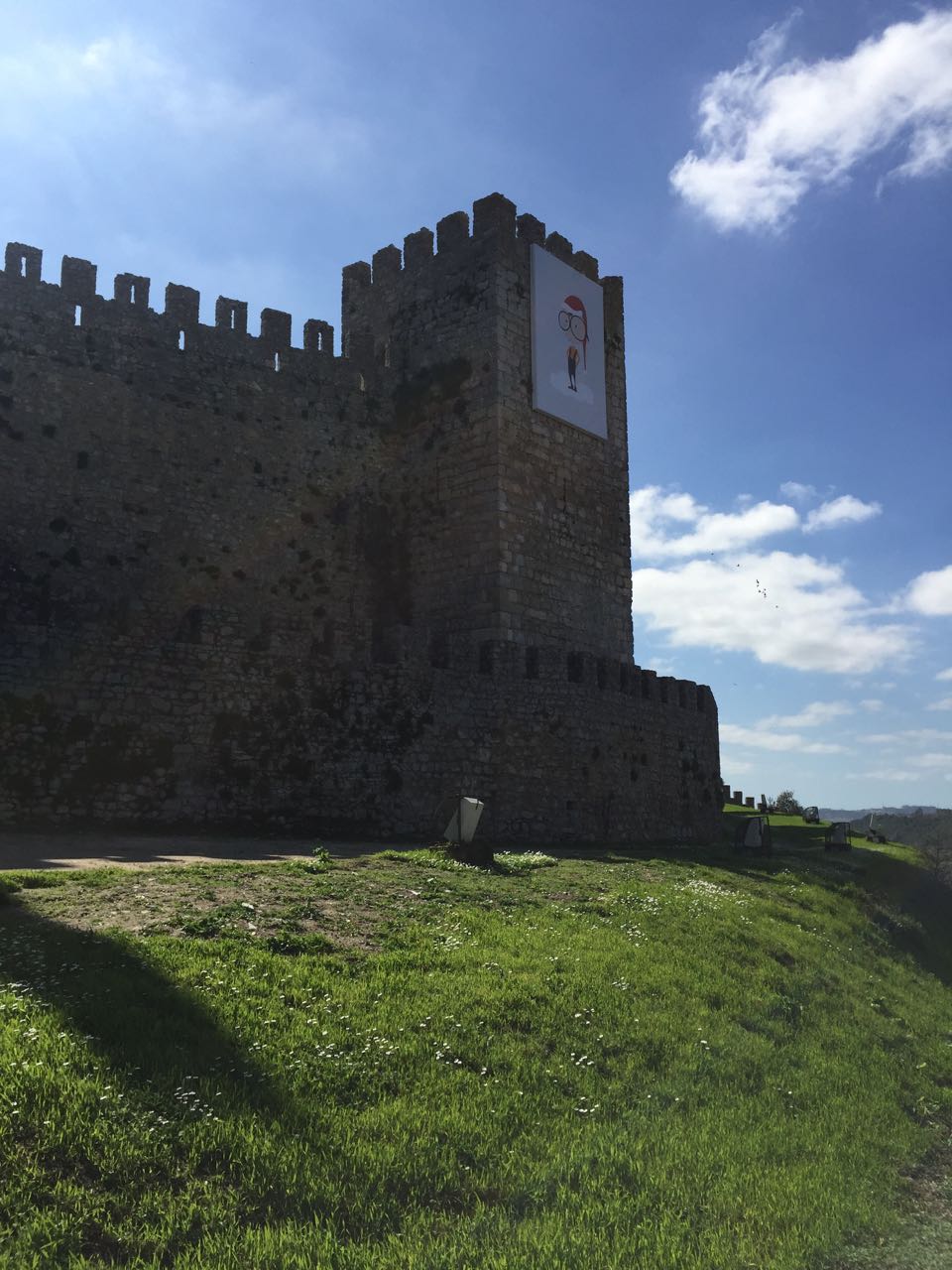 The picture of a little kid with glasses was installed in 1350 to instill fear in potential attackers that they might be going up against nerds. Even then, barbarians knew the nerds were the ones who invented all the coolest stuff, especially when it came to armaments. 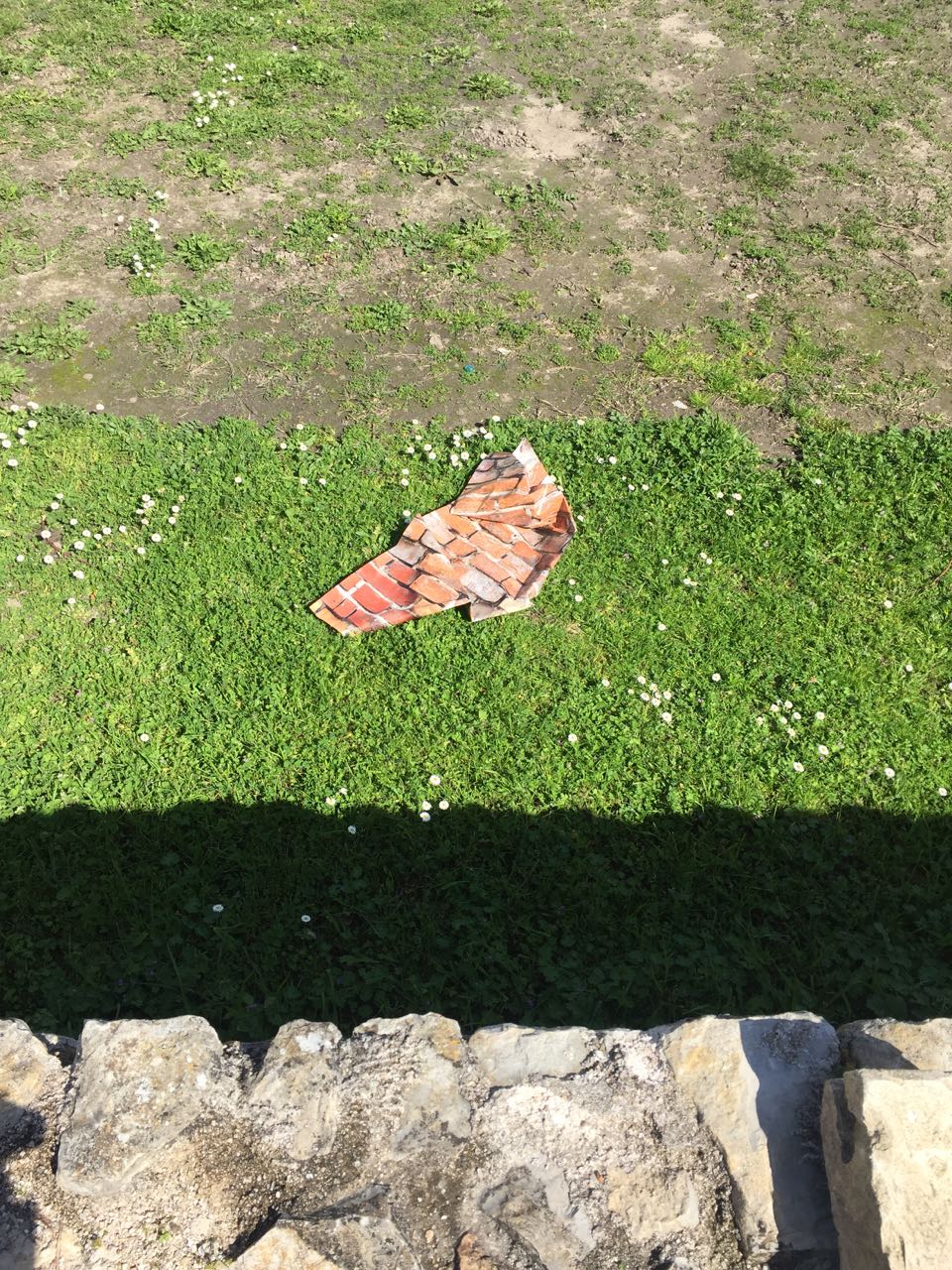 This exhibit demonstrates why the Neanderthals went extinct: they tried building things with bricks made out of paper. Stupid Neanderthals.

This castle’s uniqueness was not only how well cared for it was, but it was one of the few we saw where it wasn’t the focal point of a small village. It stands apart and alone, with the municipality of Montemor-o-Velho and its 30,000-ish inhabitants off in the distance, as if in acknowledgement that the time of the castle’s protection was long over.

Okay, so now we’re to the slide show! Enjoy! 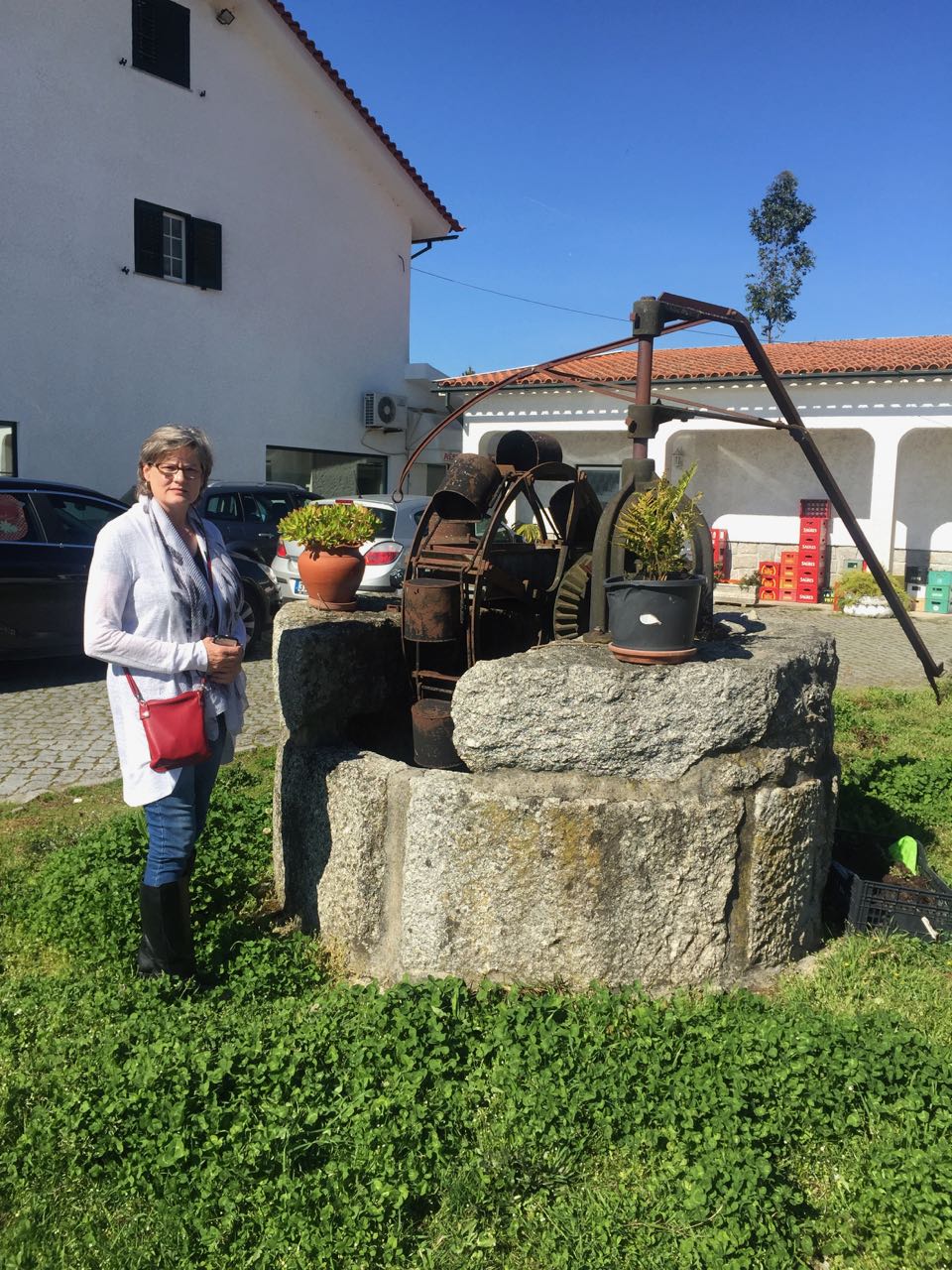