After accomplishing all of the major objectives in London thus far, we only had a couple left to tackle. The weather looked to be more hospitable than yesterday, and we have mastered the Tube so well that Carolyn even helped an Englishman with directions. We’re even beginning to think in metric now, as in, “I’ve got to put my shoes on both my meters before we go out,” and “look at that cute little centimeter on that tree!” We’ve also memorized the days of the week now in metric.

Our first stop was to the Victoria and Albert museum, which is the world’s largest museum of decorative arts and design, and is named after Queen Victoria and Prince Albert in a can.

Okay, now I have a funny story. As we wandered about the exhibit, Carolyn in one area and I in another, I came across a little display that allowed you to take a robe off a hook and put it on. All of this was unbeknownst to her, so I of course donned the thing and walked out from behind a corner and called to her. When she saw me, her eyes grew wide as she immediately thought I was goofing around and had pulled an ancient robe off of some exhibit. For about five seconds I think she truly believed I was about to get arrested. And it wasn’t only her. Another couple was walking through the room and kept staring at me like I was a crazy person. A pretty good off-the-cuff Candid Camera moment, to be sure. I wish I’d taken a photo of her face, it was priceless. 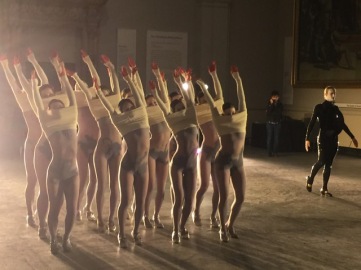 They had a somewhat intriguing dance show in one of the art rooms. We couldn’t quite figure out what it was all about, but it was very unique and artsy.

At this point we won’t bore you with any more pictures from the museum. But it was a fine museum, to be sure, and Carolyn was also intrigued by a bunch of the fashion and metalwork stuff they had in there. I took those opportunities to rest my feet, which have undergone a lot of extra use these past couple of weeks, so it was good to pace myself.

From there, we walked over to Kensington Palace, via Hyde Park. Below are the gates to Hyde Park, the largest of the royal parks in London. You don’t want to go through it at night, when they rename it the Jekyll park. 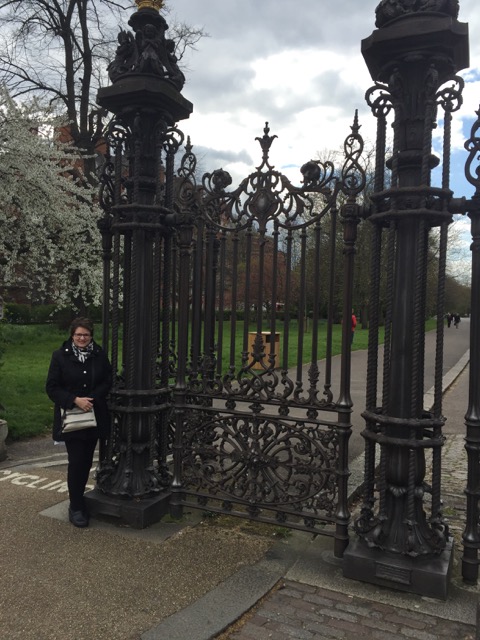 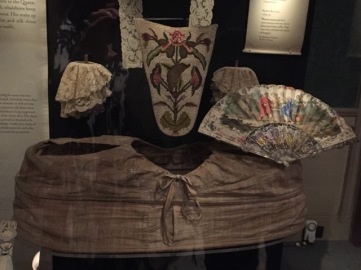 The Kensington Palace is definitely a “B” level tourist destination, but it was still worthwhile and we learned a bit more about the monarchy and such. We were glad we stopped by.

From there we went to the Natural History Museum. Our expectations were a little high because we both like that kind of museum, even if it wasn’t particularly England-centric, with exhibits we might see in any one of many museums around the world.

Truth be told, we were both a bit disappointed. It was more like a very large science classroom for middle-schoolers. It had far more plaster models of animals than real life exhibits. Overall, a bit cheesy for our tastes. We were very glad that we went through it at the end of the day when we were both a bit tuckered anyway. Plus it was free. So we dashed through it (well, it was the end of the day, so I think it’s safe to say that “dashed” is a tiny bit of an exaggeration), saw some of the highlights, and then wandered back to the flat to soak our feet.

And they also had some of the skulls of the knuckleheads who put this together- doh! No, this is actually a representation of many of earth’s hominid species, some of which, but not all, were our evolutionary forebears.

In the end, we had a nice day and felt that we’d made the best of it. Truth be told, made all the better because as we have found ourselves wandering through Amsterdam, and Paris, and London, feeling very fortunate to have done so. We also feel even more fortunate to see our mutual love, affection, and appreciation for each other grow and grow. We’re not only best friends, but we largely enjoy the same things and have found our synergies are even better than we expected, and we expected a lot. So, no matter what happens on the rest of the trip, it has already been an awesome one.

And of course we must close with the Door of the Day.

Note: Carolyn has complete editorial and contributory access to this blog, and does so often. This is truly a team effort, and is only written in the first person for simplicity’s sake.